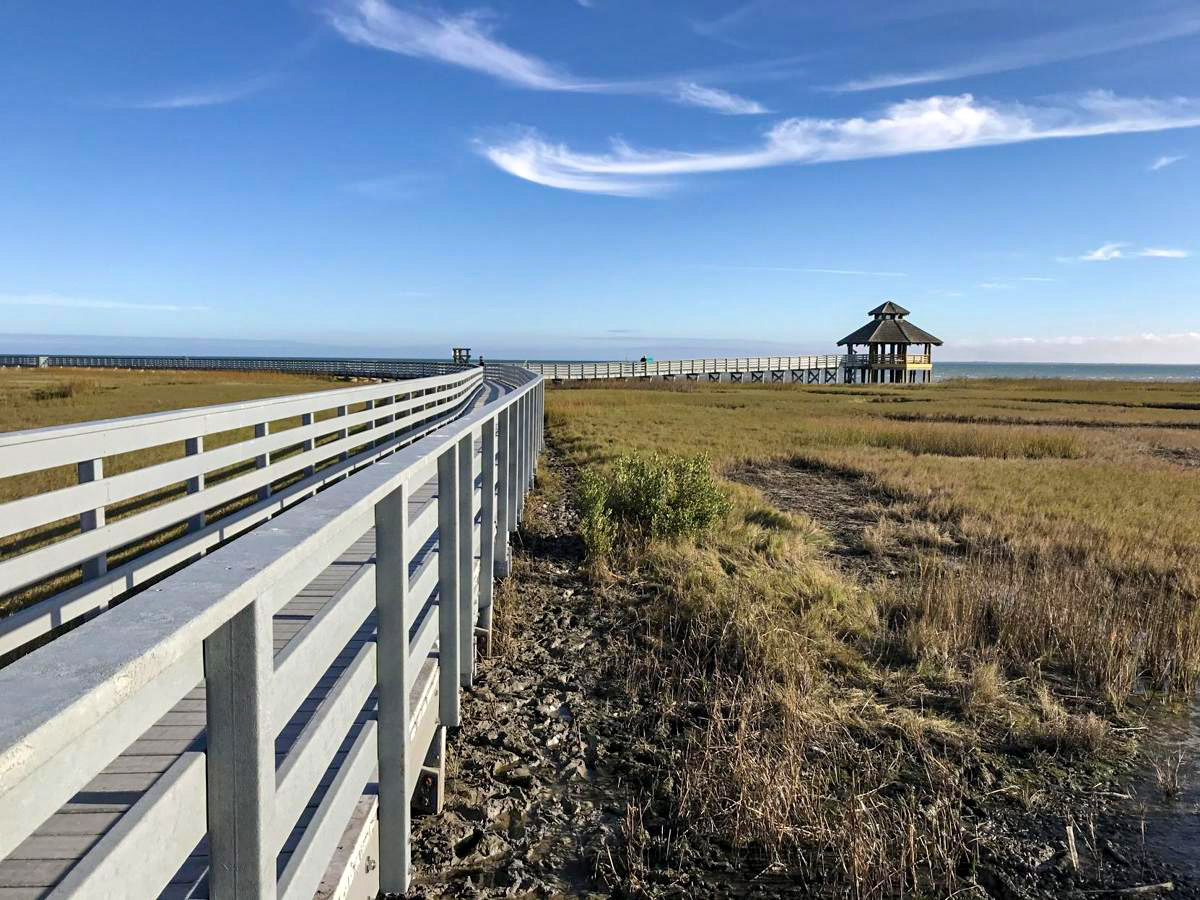 With a population of over 12,000, the City of Port Lavaca is the administrative center of Calhoun County in Texas. An economic hub for the city, the port serves as a tourist destination and a base between large manufacturing plants. Among the highest traffic areas of the Port are the Wetlands Walkway and the Alcoa Bird Tower. Named after the aluminum manufacturer, Alcoa, the tower is known to be a good spot for bird watching. The walkway serves as a gathering and relaxation spot for both residents and visitors of Port Lavaca.

In August 2017, Hurricane Harvey hit the coast of Texas leaving the Walkway and Bird Tower almost entirely destroyed and residents devastated. According to WorldVision, Hurricane Harvey ranks as the second-most costly hurricane to hit the U.S. mainland since 1990, causing about $125 billion in damage. According to the city of Port Lavaca, the hurricane caused 80% of the handrails on the walkway to snap off along with a 30ft long section of the walkway and observation deck on the east side destroyed.

After the hurricane, it was apparent that a complete rebuild was necessary to restore the walkway. City Engineer Joan Weaver said that Port Lavaca’s Facebook page received tons of inquiries about when the Wetlands Walkway would be once again open to the public. The city wanted a building material that would be easy to install but hold its own if any more extreme weather would occur in the future. The walkway was a high traffic area, so finding a material with high weight-bearing capabilities and long-lasting durability was crucial. Also, the edge of the walkway extends over the water, so a material impervious to moisture was another important piece.

After analyzing the project requirements, it was decided that FiberForce® plastic lumber manufactured by Bedford Technology would be the perfect material to reconstruct the Wetlands Walkway. FiberForce® was chosen for this project due to its low-maintenance appeal and ability to provide long-lasting strength while remaining aesthetically pleasing. An additional benefit of using FiberForce® was that it can be easily drilled, cut, and installed like traditional wood. The City of Port Lavaca ultimately chose grey FiberForce® as the foundation for the walkway. In addition, the city also used FiberForce® to upgrade the structural support of the walkway including, “2×6 handrail supports were upgraded to 4×4 posts and a 2×10 support was added to the stringer at the connection point to help support each 4×4 post”, according to the City of Port Lavaca’s Facebook page.

The city also mentioned that they used stainless steel screws instead of galvanized screws in the handrail system because of their strength and resistance to rust, helping the screws to last as long as the plastic lumber boards. Furthermore, expansion joints were incorporated into the design to allow expansion and contraction.

This increased support system and newly incorporated plastic lumber foundation will keep the Wetlands Walkway intact for generations. With the enhanced support system implemented in the construction process, it is safe to say that this walkway won’t be going anywhere. The ribbon-cutting ceremony for the new and improved Wetlands Walkway and Alcoa Bird Tower took place on January 24th. “The walkway’s reopening is a huge boost to the community”, Joan Weaver claims. Bedford Technology is proud to have assisted in uplifting the community of Port Lavaca with the rebuild of the Wetlands Walkway.